We are in unusual economic times. While making predictions may be a fool’s errand, the aggressive posturing among central banks to fight runaway inflation implies that we will soon be — if not already are — in the late stage of the economic cycle. However, considering the past several months of mixed economic data, the outcome of the downturn and the developments that drive it are likely to look unfamiliar. That dynamic means that financial institutions may not be able to rely on legacy approaches to navigating the fallout. The institutions most likely to succeed will be those that anticipate and learn from multiple atypical downturn scenarios and adapt to them more quickly than their peers.

Below, we walk through some of the scenarios that could define the downturn, and considerations for adapting to them.

Higher rates may be sustained longer

As of early September, most central banks globally have raised interest rates.[1] The Federal Reserve, the Bank of England (BOE) and the European Central Bank (ECB) have intimated that monetary policy will remain restrictive for as long as it takes for inflation to retreat to a 2% target.[2]The market is currently pricing in a terminal federal funds rate of approximately 4.9% in May 2023,[3] implying the most aggressive action in terms of timing (13 months) and magnitude (450 basis points) over the last six tightening cycles.

Compared to previous downturns, this rate-tightening cycle may be accelerated and protracted, likely resulting in a longer period of slowing economic growth and customer retrenchment and a more immediate impact on net interest margins and balance sheets (e.g., higher allowances for loan and lease losses and net charge-offs, credit card and other unsecured debt write-offs, loan covenant violations, delinquencies and defaults, rising loan-to-value ratios in mortgage loans, and runoff/shrink). Asset managers are likely to experience outflows or rotation into passive mutual funds that generate lower fees within a quicker time span than in the past.

Customer-acquisition strategies should change alongside this faster, longer rate-hike cycle. Institutions will need to think differently than they have historically about retail and institutional customer acquisition and retention and cross-selling strategies. These strategies may be informed by nontraditional analytics models, such as the effect of changes in economic variables on customer behavior. As this type of cycle will be new to many consumers, institutions will have an opportunity to help retail customers position themselves to manage their finances over the length of the cycle, through proactive outreach and education.

Driving value in customer relationships is an evergreen agenda item, but investments in this area are sometimes deferred. It will be critical to pull forward those investments in this type of economic cycle, as consumers will be given less lead time to prepare for its financial impact. Institutions will need to deepen their connection to customers. This effort will be a catalyst to solidify and advance environmental, social and governance (ESG) and fair-treatment policies and practices, and accelerate automation of labor-intensive back-office procedures that enables personnel to spend more time engaging with customers or mitigating historical sources of friction. Additionally, institutions can capitalize on market dislocations to pursue joint ventures or M&A transactions with fintech organizations that can be leveraged to simplify customer touchpoints and improve outcomes.

Inflation may be stickier

Lingering supply chain issues, as recent earnings reports from multinationals such as Ford, General Electric and FedEx have highlighted, could make global inflation more persistent than in previous cycles. The duration and direction of the conflict in Ukraine and the economic slowdown in China will also be key factors in how quickly inflation subsides, due to ongoing disruptions in deliveries of certain commodities and industrial components.

Institutions will face higher fixed costs just as revenue contracts in the face of slowing growth. As they evaluate their cost structures for opportunities to prioritize variability and reduce expenses, institutions will want to identify a flexible staffing mix that can accommodate sector-specific fluctuations in business volumes. Institutions may also consider consolidating roles with overlapping skills or expertise. Institutions should be strategic and intentional when reducing costs to avoid inadvertently creating the distraction of new regulatory issues due to underfunded control functions.

The downturn may also serve as a catalyst to accelerate digital transformation and the transition to cloud services providers with the objective of emerging from the downturn in as strong of a competitive position as possible. Increasing customers’ use of self-service offerings on digital channels, via incentives and related mechanisms, will also cut costs, and provide the added benefit of improving customer experience in some instances.

Institutions will need to revisit pricing strategies and product offerings, emphasizing saving customers money (e.g., value-based rather than fixed-fee pricing models, waived account fees), and model them into budgets that assume a period of inflation exceeding the historical average. 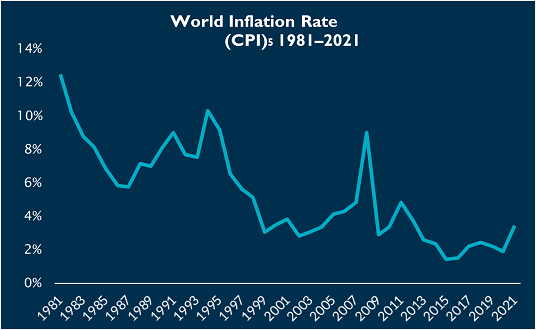 A continued tight labor market means that institutions will need to strengthen employee-retention efforts even while rationalizing headcount, including consolidations and reassignments. (Moreover, attrition may spike in the first quarter of 2023 after annual bonuses are distributed.) Maintaining frequent visibility into skills assets and gaps will support better decision-making concerning staffing reductions.[14]

Institutions will need to consider hiring for in-demand skills even when those hires cannot be fully utilized, and redesigning compensation plans to strengthen retention of difficult-to-source personnel at all levels. The use of automation and advanced technology tools will help prevent productivity declines related to reductions in force and/or hiring freezes. Should labor costs continue to rise, return-on-investment (ROI) analysis supporting automation will become even more compelling. 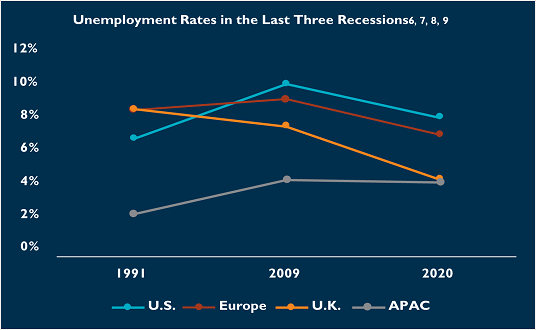 Certain industries may ramp up onshoring of personnel due to supply chain, business continuity, and climate and geopolitical risks

While supply chain redesigns now qualify as a board priority in organizations across manufacturing sectors, other industries are reshoring personnel in response to growing geopolitical, climate and business continuity risks. More than half of organizations in the financial services, technology, retail, and power and utility industries have already made these adjustments.[15] Wildcards impacting the scale and scope of the downturn, including a U.S.-China confrontation over Taiwan, a large-scale cyberattack or another black swan event, could accelerate reshoring and onshoring. So could continuation of disruptive effects from sustained COVID-19 lockdowns in China, as noted above, and the regulatory focus on third-party risk management.

Financial institutions should prepare for the threats and opportunities accompanying this trend. Onshoring may prolong high inflation and tight labor conditions, deepening the financial and operational stress caused by the downturn. However, that impact may be offset with the development of new business prospects such as capital markets advisory and financing transactions backing onshoring plans.

Economic data is behaving counter to previous cycles, with U.S. leading recession indicators creating conflicting narratives. The New York Federal Reserve’s Probability of U.S Recession index (based on the spread between 10-year and three-month Treasury yields), as well as the Piger U.S. Recession Probabilities index (based on nonfarm payrolls, industrial production, real personal income, and real manufacturing and trade sales), do not currently indicate that a recession is likely. However, an increasingly inverted yield curve, as measured by the negative spread between 10-year and two-year Treasury yields along with negative GDP growth in the first and second quarters of 2022, signals the beginning of a recession. Inflation has been largely resistant to the surge in the dollar against most other global currencies throughout 2022. As noted above, unemployment in major economies has ticked up only marginally in response to tightening monetary policy.

Incentives and rationalizations that motivate fraud are likely to strengthen the longer high inflation endures and financial conditions remain tight. Given that the downturn may be marked by lengthy periods of high inflation and interest rates, fraudulent activity levels could break from previous cycles. Anticipating and proactively addressing the potential influx of fraudulent activity — including understanding and training the first and second lines of defense on new sources of fraud that have emerged in recent years — will be key to mitigating compliance risks associated with fraud.

Perhaps the only thing certain in the current rapidly evolving economic environment is that the future is uncertain — and how financial institutions respond to the uncertainty today will shape their prospects for long-term success or failure. The road to the downturn has been paved — and continues to be repaved — with “what-if” questions in search of answers to guide future operational decisions. No matter the outcome, to succeed, institutions will need to analyze and draw lessons from unfamiliar future scenarios and adapt to them as quickly as possible.

Protiviti’s global financial services practice has served more than 75% of the world’s largest banks and many of the largest and mid-sized brokerage and asset management firms, as well as a significant majority of life, property and casualty insurers.

2. Speech by Chair Powell on Monetary Policy and Price Stability, Board of Governors of the Federal Reserve System, August 26, 2022: https://www.federalreserve.gov/newsevents/speech/powell20220826a.htm.

10. Summary of Economic Projections, Board of Governors of the Federal Reserve System, September 21, 2022: https://www.federalreserve.gov/monetarypolicy/fomcprojtabl20220921.htm.

14. “Integrating Your Business and Talent Strategy: Partnering With Your CHRO Is a Strategic Imperative,” by Fran Maxwell, Protiviti: https://www.protiviti.com/us-en/insights/newsletter-bulletin-v8i1-talent-strategy-partnering-chro.