For every birdie Matt and Jennifer make in the 2022 Major Championships, Protiviti will donate 1,000 meals to children in need via U.S. Hunger.

In the summer of 2013, Matt burst onto the golf scene by winning the US Amateur Championship becoming the first Englishman in over 100 years to win the title. Nearly a decade later, Matt returned to the top of the golf world, winning the US Open at the same venue in which he won his US Amateur title, becoming just the second golfer to achieve such a feat behind Jack Nicklaus. Matt’s relentless work ethic and pursuit of improvement can be seen in his rise from a top ranked amateur to a top-10 ranked professional in the world. Following his finish as low amateur at the British Open, Matt matriculated to Northwestern University, where he played part of one season under coach Pat Goss before deciding to focus full-time on amateur golf. He turned pro later that summer and wasted little time establishing himself as a force on the European Tour, winning his first event as a 21-year-old at the 2015 British Masters. Matt won two more titles the following year, including the year-end DP World Tour Championship to break into the top 50 in the Official World Golf Ranking—where he has stayed ever since. Matt currently has 8 professional wins and two Ryder Cup appearances to his name. Matt is known as one of best putters in the world and also one of the hardest workers, with a commitment to getting every last bit out of his natural ability. 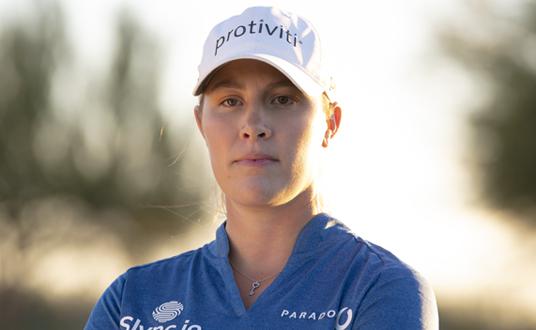 History-making champion of the inaugural Augusta National Women’s Amateur and now-LPGA Tour standout, Jennifer Kupcho, was the #1 ranked female amateur golfer in the world prior to turning professional in May 2019. A four-time All-American and the 2018 NCAA D1 Individual Champion at Wake Forest University, Jennifer has made a remarkably swift entrance to her professional career. Jen showed her ability to compete on the game’s biggest stage at the 2021 Solheim Cup where she was the leading point scorer for Team USA. Jen’s individual breakout moment came at The Chevron Championship where she captured her first Major Championship and LPGA win against one of the strongest fields in women’s professional golf. Jen followed up her Major win by capturing her second LPGA victory, this time at the Meijer LPGA Classic by way of a three-way playoff. Jen continues to rise up the rankings and currently sits in the top-10 in the world. Passionate about growing the game, Jennifer serves as an official spokesperson for Youth On Course to help provide affordable access for junior golfers to play thousands of courses across the country. Jennifer was introduced to the game by her parents and older brother when she was just five years old growing up in Westminster, CO. She now spends her off weeks in Phoenix, AZ, where she currently resides with her husband, Jay. A brand ambassador for Protiviti since 2020, Jennifer embodies the firm’s core values of Integrity, Innovation, Inclusion and Commitment to Success.