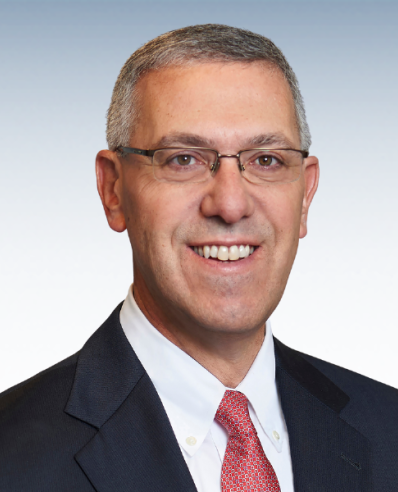 Joseph Tarantino has been president and CEO of Protiviti, a global consulting firm, since December 2007. He is responsible for the company’s worldwide operations, with a global executive team reporting to him.

Tarantino has been with Protiviti since its inception in 2002. One of five founding members of the Protiviti Operating Committee, he served previously as managing director of the firm’s U.S. Northeast practice and led its global industry programme. He has more than 40 years of experience working with organisations to enhance their business performance through risk management, operational effectiveness and improved governance.

Tarantino attended St. John’s University, where he earned a bachelor’s degree in accounting and is currently a member of the University’s Board of Trustees and chair of the Audit Committee. A community leader, Tarantino serves on the board and audit and finance committees for Calvary Hospital in the Bronx. In 2016, Tarantino and his wife Eileen Tarantino were awarded a Spirit of Service award by St. John’s University.

Under Tarantino’s leadership, Protiviti has been named to the Fortune 100 Best Companies to Work For® list consecutively since 2015 and to Consulting magazine’s Best Firms to Work For list consecutively since 2014. In 2020 he received the Great Place to Work CEO For All Award. In 2018, Tarantino was awarded the Employer Recruiting Champion Award by the National Association of Colleges and Employers. He has been named to the NACD Directorship 100 for five years (2017-2021) and recognised four times by Glassdoor as one of its Top CEOs. Tarantino is a recipient of the Henry D. Ruhnke award for his ongoing support of St John’s University, including its Executive-in-Residence programme. He was also one of the National Law Journal's 50 GRC Trailblazers and Pioneers (2014). As a CEO committed to advancing diversity and inclusion in the workplace, Tarantino is a signatory of the CEO Action for Diversity & Inclusion™ and the Catalyst CEO Champions for Change.